To resolve a split of circuits, the Supreme Court seemed inclined at oral argument yesterday in Merit Management Group LP v. FTI Consulting Inc. to rule that a bank or financial institution must be more than a “mere conduit” to invoke the so-called safe harbor under Section 546(e) and prevent a trustee from recovering a fraudulent transfer that is otherwise avoidable under Sections 548(a)(1)(B) and 550(a).

Compared with any other single issue, the justices devoted more time at oral argument to analyzing how they could craft an opinion that would make the safe harbor inapplicable but not sweep too broadly and render transactions unavoidable that Congress did not intend to protect.

In a case that fundamentally involves the plain meaning of a statute, the words “plain meaning” were not uttered once.

Born from Seligson v. N.Y. Produce Exchange, 394 F. Supp. 125 (S.D.N.Y. 1975), Congress enacted the safe harbor to give brokers and financial institutions a quick exit from fraudulent transfer and preference suits without having to prove they were mere conduits and thus not recipients of challenged transfers.

The safe harbor was the focus of a decision by the Seventh Circuit in July 2016, FTI Consulting Inc. v. Merit Management Group LP, 830 F.3d 690 (7th Cir. July 28, 2016). The case involved a suit by a creditors’ trustee seeking to recover $16.5 million from a 30% selling shareholder in a leveraged buyout. Because the debt assumed by the company allegedly rendered the business insolvent, the trustee contended that the LBO was a constructively fraudulent transfer.

The opinion by Chief Circuit Judge Diane P. Wood stands for the proposition that routing consideration for an LBO of a non-public company through a financial institution cannot preclude a fraudulent transfer attack if it turns out that the seller was rendered insolvent.

Since the purchaser was buying stock, it was clear to Judge Wood that the transfers were either a settlement payment or a payment in connection with a securities contract. She said it was therefore only necessary to decide whether the safe harbor protects transactions “simply [because they were] conducted through financial institutions.”

Judge Wood refused to “interpret the safe harbor so expansively that it covers any transaction involving securities that uses a financial institution or other named entity as a conduit for funds.” Instead, she said “it is the economic substance of the transaction that matters.”

The Chicago-based appeals court therefore reversed the district court, which had utilized the safe harbor to dismiss the trustee’s suit.

The defendant-selling shareholder filed a petition for certiorari, which the Supreme Court granted in May, scheduling oral argument for Nov. 6.

Defendant Quickly on the Defensive

Counsel for the recipient of the allegedly fraudulent transfer uttered but three sentences before he was cut off by Justice Anthony M. Kennedy, who distinguished circuit court decisions invoking the safe harbor. Justices Ruth Bader Ginsburg and Samuel A. Alito Jr. soon chimed in by concentrating on the preeminent issue: In deciding whether the safe harbor applies, should the court focus on the intermediate transfer from the buyer to the bank escrow agent, or only on the ultimate transfer to the selling shareholder?

As would occur throughout oral argument, Justice Alito inquired as to why the applicability of the safe harbor shouldn’t be judged only by the essence of the transaction — a sale of stock by a seller to a buyer — and not by intermediate transfers to the escrow agent that were not constructively fraudulent in themselves.

Justice Stephen G. Breyer provided an example of a fraudulent transfer that would be immunized if the Court were to adopt the selling shareholder’s theory. He constructed a hypothetical where a husband is contemplating bankruptcy and transfers stock he owns in street name to his wife. If the mere presence of a stockbroker in the transfer would immunize the transfer, the husband’s trustee could not set aside the fraudulent transfer of stock.

Justice Neil M. Gorsuch seemed to agree. He said many preferences “would seem to go away” if the Court were to adopt the selling shareholder’s interpretation of Section 546(e).

Like the Seventh Circuit, Justice Elena Kagan invoked the text of the statute by “starting with the transfer that the trustee seeks to avoid and then [asking] whether there’s a safe harbor that applies to that transfer.”

Former Solicitor General Paul D. Clement argued for the trustee. The justices showed considerable deference to Clement and seemed to view him as a resource as much as an advocate.

In line with previous comments by the justices, Clement began with the proposition that “you look at the transfer that the trustee is seeking to avoid” when applying Section 546(e).

Possibly agreeing with Clement, several justices asked how they could craft an opinion in his favor that would not be too broad. For example, Justice Anthony M. Kennedy asked whether the opinion should be qualified to require that the financial institution have an “equity participation” before the safe harbor applies.

Clement said he had a “simpler way to write the opinion[: by just looking] to the transfer that the trustee seeks to avoid.”

Exploring the issue that may determine how the opinion is crafted, Justice Kennedy alluded to Justice Kagan’s concern that a trustee shouldn’t be permitted to characterize a transfer in a fashion that avoids the safe harbor. Later, Justice Kagan took up Justice Kennedy’s “functional analysis” by asking “who has dominion and control of property,” which, she said, was akin to the Seventh Circuit’s analysis.

Alluding to the plain-meaning issue without using those words, Justice Ginsburg asked Clement how he would respond to the argument that the safe harbor applies if the transfer is “by” a financial institution.

Alluding to Deutsche Bank Trust Co. Americas v. Robert R. McCormick Foundation, 16-317 (Sup. Ct.), where a certiorari petition remains pending in the wake of the Tribune Co. reorganization, Justice Gorsuch noted that the Second Circuit was concerned about the effect that a limitation on the safe harbor would have on the LBO industry “and, therefore, on the economy more broadly.”

Justice Gorsuch acknowledged that Congress was not concerned about LBOs in 1978 “because [they] didn’t exist,” but he nonetheless asked what other explanation Clement might have for not employing the statute reflexively.

Given how the various safe harbors in the Bankruptcy Code have been expanded so many times, Clement said that Congress could have amended the statute if it were worried about LBOs.

Clement also said that the absence of amicus briefs by financial institutions and stockbrokers spoke even more loudly. If they were worried that the outcome might erode their protections, he implied that they would have submitted briefs.

There is a remote possibility that the petition could be dismissed as having been improvidently granted, because it might appear from the record that the safe harbor should apply to some of the recipients when the parties had stipulated that Section 546(e) was inapplicable to them standing alone. 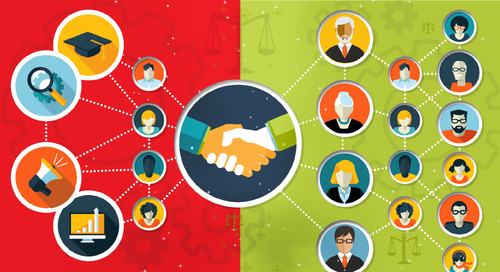 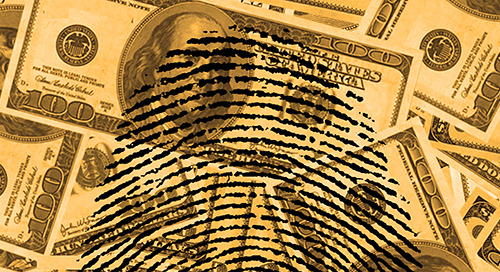 What Can Enron and Adelphia Teach About Valuing Fraudulent Companies?

One of the components of the definition of “fair market value” is having reasonable knowledge of the releva...