The Bernie Madoff investment scandal unleashed a slew of lawsuits, and at first glance, SPV OSUS Ltd. v. UBS AG[1] may seem like just another drop in the bucket. However, this case is notable for its expression of the Second Circuit’s rather extraordinary view of “related to” bankruptcy jurisdiction. This article reviews the case and analyzes the court’s ruling.

From Ponzi Victim to Plaintiff: The Facts

SPV OSUS Ltd. (SPV) was the assignee of a company that invested funds with Bernard L. Madoff Investment Securities LLC (BLMIS). After suffering losses due to the well-publicized Ponzi scheme, SPV sued UBS AG (UBS) and other foreign defendants in New York state court, alleging that the defendants had assisted in the scheme by steering investments to BLMIS. BLMIS is currently in liquidation proceedings in the U.S. Bankruptcy Court for the Southern District of New York. The defendants removed the action to district court, and SPV moved to remand to the state court.

SPV appealed to the Second Circuit, arguing, among other things, that its litigation against the defendants was not “related to” either the Madoff bankruptcy or BLMIS’s liquidation proceedings under the Securities Investor Protection Act (SIPA).[3] Therefore, SPV argued, jurisdiction was properly in state court.

The Second Circuit affirmed the district court. Although “related to” jurisdiction is not defined in § 1334, the court nevertheless found that Congress’s “choice of words suggests a grant of some breadth.”[4] Looking at its own precedent, the court found that “a civil proceeding is related to a title 11 case if the action’s outcome might have any conceivable effect on the bankrupt estate.”[5]

SPV’s claims did not directly involve the bankruptcy estates. However, the Second Circuit observed that SPV had alleged that the defendants were joint tortfeasors with Madoff and BLMIS. Thus, the court reasoned, if SPV was correct, the defendants in SPV’s litigation would have putative contribution claims that could be asserted in the Madoff and BLMIS bankruptcy proceedings. Conceivably, then, the outcome of SPV’s litigation could have an effect on the bankruptcy estates.

SPV argued that these putative contribution claims were illusory. First, SPV noted that the bar date had expired in the bankruptcy cases. Second, SPV contended that there was not enough money in either estate to pay out these claims.

With respect to the bar date, the Second Circuit noted that bankruptcy courts can accept late proofs of claim if there is excusable neglect, which the court surmised might well apply in this case. The court also observed that, although the Madoff and BLMIS cases had been consolidated, a bar date had not yet been set for the Madoff estate, so it was not possible to definitively conclude that the applicable bar date had indeed passed. Even if the bar date had passed, however, the court noted that “simply settling the issue of whether a late claim is allowable would likely have an effect on the estate,” because if SPV succeeded, its success would reduce the amount SPV was owed with respect to the BLMIS/Madoff estates.[6]

Turning to SPV’s second argument, the court held that, though “improbable,” it was not “impossible” that the Madoff/BLMIS estates would pay out any money to the defendants.[7] Furthermore, a claim by the defendants in SPV’s litigation could alter the distribution of assets among the estates’ creditors. In all, the court concluded that because SPV could only proceed by establishing that the Madoff fraud had occurred, there were “strong interconnections” between SPV’s litigation and the Madoff/BLMIS bankruptcies such that the district court had jurisdiction to hear the suit.[8]

Analysis: A Stretch Too Far?

The Second Circuit’s interpretation of “related to” bankruptcy jurisdiction is notable for the potential scope of its reach. The fact that there is a “possibility,” however remote, that SPV’s litigation would impose additional costs on the bankruptcy estates seems inconsistent with a finding of “related to” jurisdiction. As others have observed, this expansive interpretation of “related to” jurisdiction is incongruous with the Supreme Court’s articulation of the standard governing the sufficiency of pleadings.[9] Specifically, the Supreme Court in Ashcroft v. Iqbal distinguished “plausibility,” the standard for a complaint to survive a motion to dismiss, as something “more than a sheer possibility that a defendant has acted unlawfully.”[10]

In light of Iqubal, the Second Circuit’s decision here seems misguided. If we accept that a remote possibility of an effect on a bankruptcy case is sufficient to establish “related to” jurisdiction, the limits of “related to” jurisdiction seem tenuous. Parties could seemingly maneuver their way into federal court anytime litigation has even a speculative impact on a bankruptcy estate.

It remains to be seen whether other courts will embrace this expansive reading of “related to” jurisdiction or whether the Second Circuit will seek to cabin this in future decisions. Regardless, SPV OSUS v. UBS deserves more than a passing glance when sifting through the Madoff litigation files.

[3] The Madoff bankruptcy estate was consolidated with the BLMIS bankruptcy proceeding in 2009. Under the SIPA liquidation, there are two estates. One estate pays out customer claims, while the other deals with general creditors’ claims, which include the contribution claims relevant to this case. Only in the “unlikely” event that customer claims are paid in full will the general estate be able to make payouts. Bill Rochelle, “Second Circuit Says Tenuous Connections Establish “Related To” Bankruptcy Jurisdiction,” Rochelle’s Daily Wire, Feb. 12, 2018, available at https://www.abi.org/newsroom/daily-wire/second-circuit-says-tenuous-connections-establish-%E2%80%9Crelated-to%E2%80%9D-bankruptcy.

This article was originally published in the June 2018 edition of the Young and New Members Committee Newsletter. Participation in ABI's committees is one of the many benefits of becoming a member.  Committees provide networking and leadership opportunities.  For additional information on how you could become involved in ABI and our Committees please visit membership.abi.org. 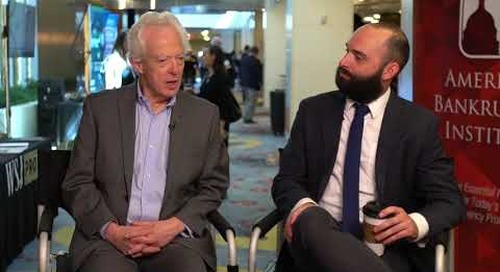 Listen in as Robert Ambrogi discusses artificial intelligence and the impact on the legal and bankruptcy se... 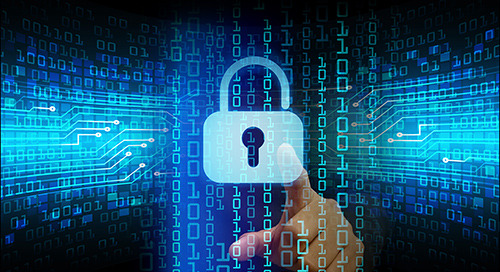 Among the most important considerations in any bankruptcy case, protecting privacy and safeguarding data be...