Real estate debtor principals who guaranty a debtor’s debts often face uphill battles to obtain stays pursuant to § 105 of the Bankruptcy Court of guaranty actions against them by secured creditors of the debtor. The bankruptcy court in In re Chicora Life Center, LC[1] recently issued such a stay. That court applied traditional § 105 analysis to a guarantor with very favorable facts, making Chicora Life Center unlikely to be a harbinger of real estate mortgage guarantors obtaining stays more readily.

The key facts can be summarized briefly. UCF 1 Trust 1 (UCF) held a first-priority mortgage on the commercial retail center owned by the debtor Chicora Life Center, LC (the debtor). A guarantor (“Durbano” or “guarantor”) sought to enjoin UCF from pursuing a post-petition guaranty action.

UCF was owed approximately $15.6 million. The debtor offered property valuation testimony of $35-$37 million. UCF’s appraisal at the time of incurring the loan also showed a large equity cushion. UCF, according to the bankruptcy court, did not offer competing evidence of value.

The guarantor testified that the debtor would submit a plan of reorganization to provide a personal contribution from him of no less than $1 million to pay operating expenses and necessary pre-occupancy tenant improvements for the property. At this point, the debtor still held exclusivity. In addition, the debtor acknowledged that it was a “single-asset real estate” entity that would have to start making monthly payments in August 2016 on account of the UCF debt absent filing a plan with a reasonable likelihood of successful confirmation.

The guarantor further testified that he was also a guarantor on a line of credit at Zions First National Bank. Zions was to be the source of the $1 million contribution through a line of credit outstanding to a guarantor affiliate. The debtor offered testimony from both the duarantor and a third-party credit expert that the filing of an action against the guarantor by UCF would materially impede the guarantor’s ability to renew the Antion credit line and use it to fund the debtor’s plan.

Significantly, UCF contended that the debtor’s indirect members could fund the $1 million through other capital contributions, but the bankruptcy court appeared to reject that contention in its analysis (but not its factual findings).

The bankruptcy court also noted debtor testimony of its efforts to negotiate a takeout loan for $31 million, an amount sufficient to pay in full the secured claims and the unsecured claims that were less than $170,000.

Against this factual background, the bankruptcy court applied the traditional four-element test for injunctions to the § 105 request: (1) Was the debtor likely to succeed on the merits; (2) would the debtor likely suffer irreparable harm in the absence of injunctive relief; (3) what was the balance of equities; and (4) was an injunction is in the public interest? The bankruptcy court cited Willis v. Celotex Corp.,[2] quoting A.H. Robins Co. v. Piccinin (In re A.H. Robins Co.), 788 F.2d 994, 1003 (4th Cir. 1986), as authority for a § 105 injunction against a guaranty action to avoid either the detrimental influence and pressure of the debtor through the third party or an adverse impact on the debtor’s ability to formulate a chapter 11 plan. The bankruptcy court further concluded, despite another case in the district ruling otherwise, that the Fourth Circuit does not separately require “unusual circumstances” to issue a § 105 injunction. The court also disposed of UCF’s claim that the guarantor had waived in its guaranty its right to seek a § 105 injunction, pointing out that the debtor had not waived its right to such an injunction for the guarantor.

Applying these standards, the court found that an action against the guarantor would impede renewal of the credit line funding the $1 million anticipated plan contribution. Filing the plan shortly was necessary, since the impending expiration of the 90-day single-asset real estate and lack of sufficient property income to permit § 362(d)(3) payments would otherwise have entitled UCF to stay relief.

Because the court found that commencement of the lawsuit would imperil renewal of the letter of credit and thus jeopardize the plan’s funding source, it was crucial that the court had concluded that UCF had not brought forth sufficient evidence to show other equity owners’ potential sources of capital contributions to pay the needed $1 million. Otherwise, perhaps the court could not have concluded that the injunction was necessary to prevent irreparable harm.

The substantial equity cushion helped the debtor satisfy the balance-of-equities test. The court then strained to find that all four factors favored the debtor by concluding that promoting confirmed plans of reorganization is more in the public interest than upholding the contractual rights of third parties. This seems puzzling, since the bankruptcy court could have found simply that the public interest would not be affected one way or another by its decision, as this was purely a private-party dispute. That would have left all of the other factors favoring the injunction in any event.

Of interest is the court’s conclusion that the debtor was likely to be able to confirm a plan. This is not so clear. Based on the debtor’s schedules, lack of liens in favor of any non-insider creditors other than UCF and the minimal amounts of priority and unsecured claims, the $1 million infusion likely would have sufficed to pay all non-insider creditors in full other than UCF.

This would have left UCF as the only unimpaired creditor. This would leave the debtor with no impaired noninsider accepting class, meaning that the debtor would not have satisfied 11 U.S.C. § 1129(a)(10). Hence, the debtor’s testimony of proposed takeout financing became critical. It could facilitate full takeout of UCF, eliminating UCF’s veto.

Indeed, a hint of this takeout financing’s significance on the court’s thinking can be gleaned from the scope of its actual order. The § 105 injunction was put in place until Aug. 1, 2016, with a conference to take place three days before. By that time, the court expressed its expectation that the debtor would “formulate with specificity its plan of reorganization and report to the Court on its efforts to obtain a takeout loan that is sufficient to pay UCF’s claim in full.”

To summarize, Chicora Life Center is a case where the debtor ably mustered evidence to justify a § 105 injunction against the secured creditor’s commencement of an action on a guaranty. The large equity cushion, lack of harm that UCF could show were the injunction granted, lack of evidence to counter the debtor’s contention that the guarantor was the sole source of the needed $1 million infusion, and the prospect that the debtor could obtain takeout financing created a powerful case for a § 105 injunction. This case should not, however, be seen as a radical alteration of the standards by which bankruptcy courts assess § 105 injunction requests. The debtor in this case, armed with very favorable facts, mustered them effectively in support of an injunction that existing case law justifies.

This article was originally published in the January 2017 edition of the Bankruptcy Litigation Committee Newsletter. Participation in ABI's committees is one of the many benefits of becoming a member.  Committees provide networking and leadership opportunities.  For additional information on how you could become involved in ABI and our Committees please visit membership.abi.org 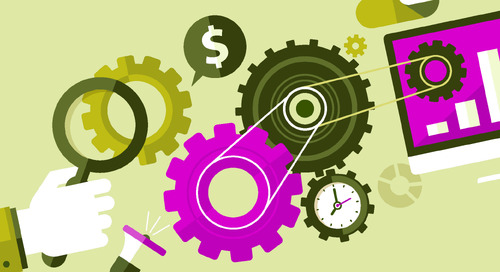