General Motors Corp. made a mess when it failed to disclose a known defect in ignition switches before filing for chapter 11 reorganization. The mess became a bigger mess when Bankruptcy Judge Martin Glenn was obliged to write a 69-page opinion on Jan. 18 explaining why he could not approve an unsigned settlement designed to deal with some of the claims resulting from faulty switches.

Before bankruptcy in 2009, General Motors Corp., or Old GM, had not disclosed a known defect in the ignition switches in some of its models. The switches would cut off the electrical system unexpectedly, disabling steering and air bags, causing crashes, injuries and deaths. The defect was disclosed publicly in 2014, long after Old GM had sold its business in a bankruptcy court sale to General Motors LLC, or New GM. Immediately after disclosure of the defect, plaintiffs began filing lawsuits by the hundreds against New GM because bankruptcy had left Old GM virtually bereft of assets to pay damages in full.

New GM removed suits in state courts to federal courts, where they were consolidated in a multidistrict litigation in New York. The bankruptcy court ruled in 2015 that its sale approval order in 2009 barred most of the suits, because New GM had purchased the business free and clear of claims, including successor liability.

On appeal, the Second Circuit reversed in 2016, holding that the demands of due process allowed ignition switch plaintiffs to sue New GM on some theories despite the “free and clear” provisions in the sale approval order because they were known creditors not given notice of the bankruptcy and their right to file claims against Old GM. To read ABI’s discussion of the Second Circuit’s due process opinion, click here.

As part of the sale, New GM assumed liability for post-sale product liability, personal injury and property damage claims. The same claims arising before the sale remained Old GM’s liability. Holders of pre-sale claims therefore should have filed proofs of claim to be paid from the assets left in the creditors’ trust created under Old GM’s confirmed chapter 11 plan.

Because they were unaware they had pre-sale ignition switch claims, some creditors elected to file late claims against the creditors’ trust, even though the bar date for filing claims was in November 2009.

Facing years of litigation over the ability to file late claims, the trust, the claimants and creditors negotiated a settlement last year that would allow the late claims and create a process for estimating the claims.

New GM had said all along that it opposed the settlement and promised to fight approval. The settlement stuck in New GM’s craw on account of a so-called accordion provision in Old GM’s plan. If claims against the trust exceed $35 million, New GM is obliged to issue the trust about $1 billion in additional New GM stock. The settlement would have pushed total claims above $35 billion and required the issuance of new stock, thereby diluting the holdings of existing shareholders.

Throughout, the trust said it would sign the formal settlement agreement. In his Jan. 18 opinion, Judge Glenn said the creditors’ trust “jilted” the other parties to the settlement “at the last minute in favor of an alternative, purportedly more attractive agreement with New GM” where New GM, among other things, would pay the trust’s expenses in fighting the allowance of the late-filed claims.

Although the trust refused to sign the formal settlement agreement, the claimants nonetheless filed a motion asking the judge to approve and implement the settlement. The trust and New GM opposed the motion.

After a trial on the motion to implement the unsigned agreement, Judge Glenn said that all of the signatories “had agreed to all of the material terms” and had “signed off” on a written draft.

“Regrettably,” Judge Glenn said he was “unaware of any contract principle that would nevertheless enable the Court to enforce an unsigned written agreement absent a finding that they intended to be bound orally,” because the parties contemplated “that they would only be bound once the parties signed the written draft.”

The bulk of Judge Glenn’s decision is devoted to a thorough analysis of law dealing with the circumstance of when an unsigned agreement can be enforced. The opinion is worthy of reading in full text for that reason alone.

Unable to approve the settlement because it was not signed, Judge Glenn started the parties down the road for what could be years of litigation and appeals on the allowance of the late-filed ignition switch claims.

Comments that Judge Glenn made in his opinion suggest that the trust’s decision to walk out of the settlement could open new controversies. The judge said the “evidence at trial unmistakably establishes that [the creditors’ trust] and its counsel acted in bad faith in reversing course and backing out of the Settlement Agreement.” He also said that some of the testimony proffered by the trust was “not credible” and was contradicted by the witnesses’ own documents and prior statements.

The trust’s “dishonesty — or bad faith — is not lost on the Court,” Judge Glenn said.

Counsel for the creditors’ trust did not respond to a call requesting comment. 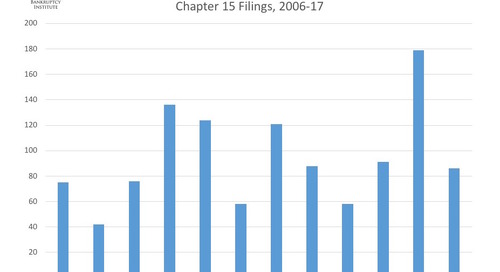 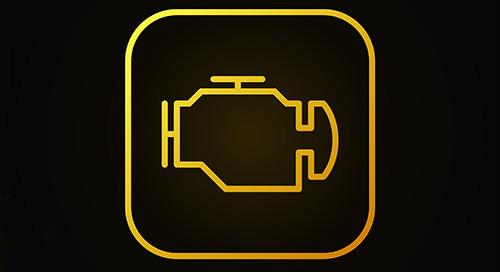 The automotive industry faces an overhaul like nothing it has ever experienced. Short- and long-term challe...