Almost 10 years after Lehman Brothers began the biggest liquidation in history, Bankruptcy Judge Shelley C. Chapman ruled that the bankruptcy court still has jurisdiction to host new lawsuits against third parties. She also held that New York is the proper venue for suing defendants from all around the country, even though Lehman’s chapter 11 plan was confirmed almost seven years ago.

Lehman purchased home mortgages from banks and loan originators, then sold off packages of mortgages in securitizations. In the securitizations, some of the purchasers included the Federal National Mortgage Association and the Federal Home Loan Mortgage Corporation, often referred to as government-sponsored enterprises, or GSEs.

The GSEs filed proofs of claim based on their rights of indemnification. Lehman and the GSEs reached a settlement more than two years after Lehman confirmed its liquidating chapter 11 plan in late 2011. The settlement gave the GSEs almost $3 billion in cash and allowed claims to be paid under the plan.

In 2016, about two years after the settlements with the GSEs and more than four years after confirmation, Lehman sued scores of the banks and loan originators that had sold Lehman allegedly deficient mortgages. In March 2017, about 70 of the defendants filed a motion to dismiss, claiming the bankruptcy court lacked subject matter jurisdiction and alleging that venue in New York was improper.

Judge Chapman denied the motion in an August 13 opinion.

In the motion to dismiss for lack of jurisdiction, the defendants urged Judge Chapman to follow the Third Circuit by requiring a post-confirmation lawsuit to have a “close nexus” with the confirmed plan or the bankruptcy proceeding. They contended that “related to” jurisdiction under 28 U.S.C. § 1334(b) does not exist after confirmation if there is only a “conceivable effect” on the bankruptcy.

The defendants conceded that the Second Circuit has not definitively ruled on whether “related to” jurisdiction after confirmation requires a “close nexus” rather than mere “conceivable effect.”

Judge Chapman said there was a “conceivable effect” because the outcome of the lawsuits would affect the size of distributions to Lehman’s creditors. However, she did not decide which standard applies after confirmation because she concluded there was a “close nexus.”

Judge Chapman cited several provisions in the plan and confirmation order to show a “close nexus.” The plan provided for Lehman, as the plan administrator, to retain all litigation claims. The plan and confirmation order also specifically preserved Lehman’s right to assert claims for reimbursement and indemnification. In addition, the plan preserved the bankruptcy court’s exclusive jurisdiction over adversary proceedings related to the chapter 11 case.

The defendants argued that the indemnification claims did not arise until long after confirmation when Lehman settled with the GSEs. There was no “close nexus” to the reorganization, they contended, because the suits did not entail interpretation of the plan.

Summing up, Judge Chapman said there was a “close nexus” because recoveries will increase distributions under the plan, the indemnification claims arose prepetition, the bankruptcy court retained jurisdiction, and the suits will affect the implementation and administration of the plan. As a result, she said the bankruptcy court has subject matter jurisdiction because the suits “easily meet[] the standard for ‘related to’ jurisdiction pursuant to 28 U.S.C. § 1334(b) and applicable law in this district.”

For ABI’s discussion of an opinion from New York dismissing a post-confirmation suit for lack of a “close nexus” when the chapter 11 plan was a bona fidereorganization, click here.

The defendants relied on 28 U.S.C. § 1409(d) to claim that venue was improper in New York. That section says that a suit “based on a claim arising after the commencement of such [bankruptcy] case from the operation of the business of a debtor” may be commenced only where the suit could have been brought under “applicable nonbankruptcy venue provisions.”

Judge Chapman noted how some courts have ruled that Section 1409(d) “may only be employed in the context of a debtor that is continuing its ongoing business operations postpetition.” Merely liquidating the estate does not arise from the “operation of the business,” making Section 1409(d) inapplicable, Judge Chapman said, citing authority.

Lehman ceased buying and selling mortgages on filing bankruptcy, Judge Chapman said. “These chapter 11 cases are in liquidation; there is no operating business,” meaning, “therefore, [that] Section 1409(d) does not apply here.” 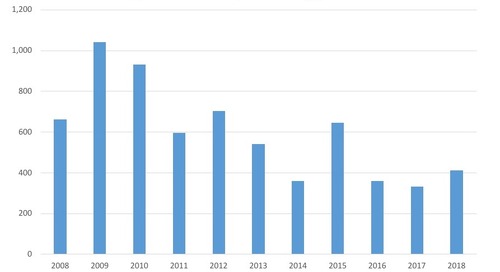