The Ninth Circuit refused to rehear an appeal, setting up an opportunity for the Supreme Court to decide whether bankruptcy judges have constitutional power to impose sanctions as robust as Article III judges.

Meanwhile, the Fourth Circuit aligned itself with the Fifth by holding that events after a chapter 7 filing cannot undermine a homestead exemption.

In the Ninth Circuit case, a debtor defied a turnover order by refusing to cough up $1.4 million belonging to the estate. The bankruptcy judge imposed civil contempt sanctions of $1.4 million and $1,000 a day until the debtor complied.

The district court upheld the sanctions except for $1,000 a day, ruling that sanctions could not exceed the amount to be turned over.

In July 2017, the Ninth Circuit reversed and reinstated all of the sanctions imposed by the bankruptcy court. On May 8, the Ninth Circuit denied motions for rehearing and rehearing en banc, setting up the possibility of a petition forcertiorari testing either constitutional limits on the severity of sanctions or the constitutional power of bankruptcy courts to impose sanctions far surpassing the amount in controversy.

To read ABI’s discussion of the July 2017 opinion by the Ninth Circuit, click here.

In a significant case involving the homestead exemption for chapter 7 debtors, the Fourth Circuit gave the highest compliment to District Judge James K. Bredar of Baltimore by affirming his decision for the reasons stated in his opinion from August 2017.

A husband owned a home with his wife as tenants by the entireties. The wife did not file. After filing, the wife died, prompting the chapter 7 trustee to argue that the home was no longer entireties property exempted under Section 522(b)(3)(B).

The bankruptcy court overruled the trustee’s objection and was upheld by Judge Bredar.

Following Fourth Circuit authority, Birney v. Smith (In re Birney), 200 F.3d 225 (4th Cir. 1999), Judge Bredar said that the entireties exemption did lapse on the wife’s death, but, as Birney said, that “does not end the inquiry.”

There still must be a provision in the Bankruptcy Code bringing the property into the estate.

Unlike chapters 11, 12 and 13, there is no provision in chapter 7 bringing after-acquired property into the estate. Therefore, Judge Bredar held that the home was not brought into the estate.

By upholding Judge Bredar, the Fourth Circuit has firmly aligned itself with the Fifth Circuit, which held in Hawk v. Engelhart (In re Hawk), 871 F.3d 287 (5th Cir. Sept. 5, 2017), that exempt property on the filing date does not lose its exempt status even if it is converted to nonexempt property after the filing of a chapter 7 petition.

The Fifth Circuit expanded Hawk six months later by holding that a chapter 7 debtor did not lose the exemption in his home even though he sold the property after filing and did not reinvest the proceeds in another home within the six-month window allowed by Texas law. Lowe v. DeBerry (In re DeBerry), 884 F.3d 526 (5th Cir. March 7, 2018). For ABI’s discussion of Hawk and DeBerry, click here and here.

We submit that the Fourth Circuit’s ruling and the opinions in Hawk and DeBerryare little more than a reaffirmation of the so-called snapshot test. Those opinions were necessitated by creative arguments designed to undermine the snapshot rule. 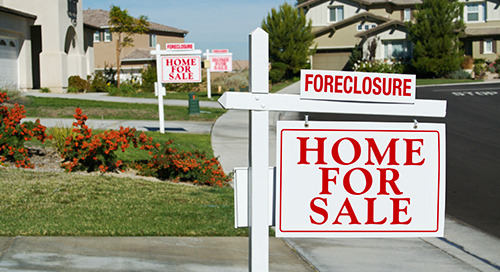